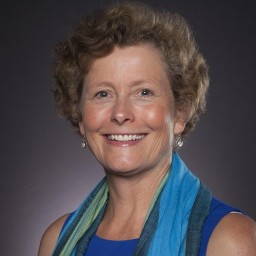 Bilbo Baggins, said it best, talking to his nephew Frodo, in The Lord of the Rings, The Fellowship of the Ring,

“It’s a dangerous business, Frodo, going out your door. You step onto the road, and if you don’t keep your feet, there’s no knowing where you might be swept off to.” Change can be an adventure but it is a challenge that brings you face to face with doubt and hope. What change are you facing? Are you facing huge mountains or just a few gentle changes?Adventure is not only in the big things of life.

Adventure is fun but it can be scary. I love adventure but to keep my doubts in check, I had to get my mind, attitude and self-talk working for me, instead of against me. How? I read books and found people who inspired me. A couple of key phrases helped me focus my mind and heart. I started growing me and growing my thinking! I learned that igniting hope, challenged my fears and doubts.

In one of the first personal development books I read, The Magic of Thinking Big by David J. Schwartz, I was confronted with two life changing ideas. The first was ‘Excusitis‘, a very dangerous disease. It can take different forms. Some examples are: Age excusitis – I’m too old, I’m too young; Gender excusitis – Only men can do that, I’m a women or vice versa; Education excusitis – I’m not clever enough, I don’t have the qualifications… I think you get the idea. When I challenged my thinking, and called my reasons what they were, an excuse that was keeping me trapped and robbing me and my family of our dreams, the power they had over me was broken.

ACTION: Write down your excuses so you can face and defeat them.

The second idea that changed my life, was “Action Cures Fear”. Your action doesn’t have to be grand or huge. Simple, small steps can often breakdown the fear and build a pathway through the difficulty. Either way fear can no longer stop you.

ACTION: Write one action you can take now, to break through your fears

People inspire me. Their stories empower me. If I want to do something that I have not done before I find someone who has done it and I learn from them. Their life and story ignites the hope within me. I then turn that hope into action. One person who inspired me to break through my self-limiting thinking and doubts, was Cliff Young, an ultra-marathoner.

Albert Ernest Clifford Young was born on 8 February 1922 and started running in events when he was at 57 years old. Born  Cliff grew up on the family sheep farm in southwestern Victoria. As a child, during the Depression, Cliff Young was required to round up the stock on foot, as the family were very poor and could not afford horses. In 1983, the then 61-year-old farmer won the inaugural Sydney to Melbourne Ultramarathon, a distance of 875 kilometres (544 mi). Young competed in overalls and gumboots, without his dentures (later saying that they rattled when he ran). He ran at a slowly and trailed the pack by a large margin at the end of the first day. While the other competitors stopped to sleep for six hours, Young kept running. He ran almost continuously for five days, only stopping to sleep two hours a night. Cliff took the lead during the first night and eventually won by 10 hours. The run took him five days, fifteen hours and four minutes, almost two days faster than the previous record for any run between Sydney and Melbourne, at an average speed of 6.5 kilometres per hour (4.0 mph). He said afterwards, that during the race he imagined he was running after sheep, trying to outrun a storm. In 1984, he was awarded the Medal of the Order of Australia “for long distance running”.

Cliff Young, inspired me to face my age excusitis and get moving. Age is no barrier.

Who inspires you? Who or what ignites your hope and encourages you to overcome your fears. Feed your hope. Starve your fear. 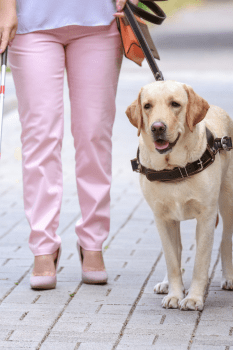 Another person who inspired me and ignited a deeper experience of hope and possibility in my life is my friend, colleague Amanda Heal. Amanda did several courses and workshops with me over a period of two years. I watched her come alive. She worked hard and I could see the joy and excitement grow within her. She was ready for more. We travelled together, to the USA for Amanda to be certified as a leadership coach, trainer. and speaker. Amanda not only discovered a new vocation, she stepped up and stepped out to new horizons. She became a board director with a not-for profit training organisation which trained family counsellors. Amanda stepped up as a speaker to inspire young women, at the inaugural Girls Leadership Network.

Amanda turned her struggles in life into her story that inspires and empowers others. What is even more inspiring, Amanda is blind. Accompanied by her guide dog, she lives a life any sighted person would be proud of. Amanda has been blind her whole life but she didn’t use blindness as an excuse. With the support of her parents, Amanda attended local schools. She went on to university and earned her law degree and after that Amanda worked for many years in government, before starting her own business, becoming a speaker and author. She has now completed her second book, Seeing By Vision, Not By Sight. Amanda may be blind but getting to know Amanda you will see a bigger world.

Wow, you say. Yes, Amanda deserves a “Wow, well done.” But one of the most profound and powerful things I learned from Amanda came from her answer to a question. Amanda was asked by a student, what were her biggest fears that she had overcome. Amanda’s response, impacted many girls that night and continues to do so. “My greatest fear”, said Amanda, “was learning to catch a bus.”

So down to earth. So practical. So personal. Everyone in that room that day, learned just how very personal our fears are. While there are some fears that are common, it may be something as simple as the fear of catching a bus that is holding you back. As Amanda shared the steps she took to overcome her fears, she ignited hope within everyone there. Amanda showed us that we can do so much more than we think, when we face our fears! Today Amanda, and her current Guide dog, Sadie, regularly train new bus drivers on how to assist blind people and their dogs to catch buses. Amanda also makes use of the new technology to keep track of where she is on her journey. Amanda faced her fears and doubts.

What will you face? What hope is in your heart? What action will you take today?