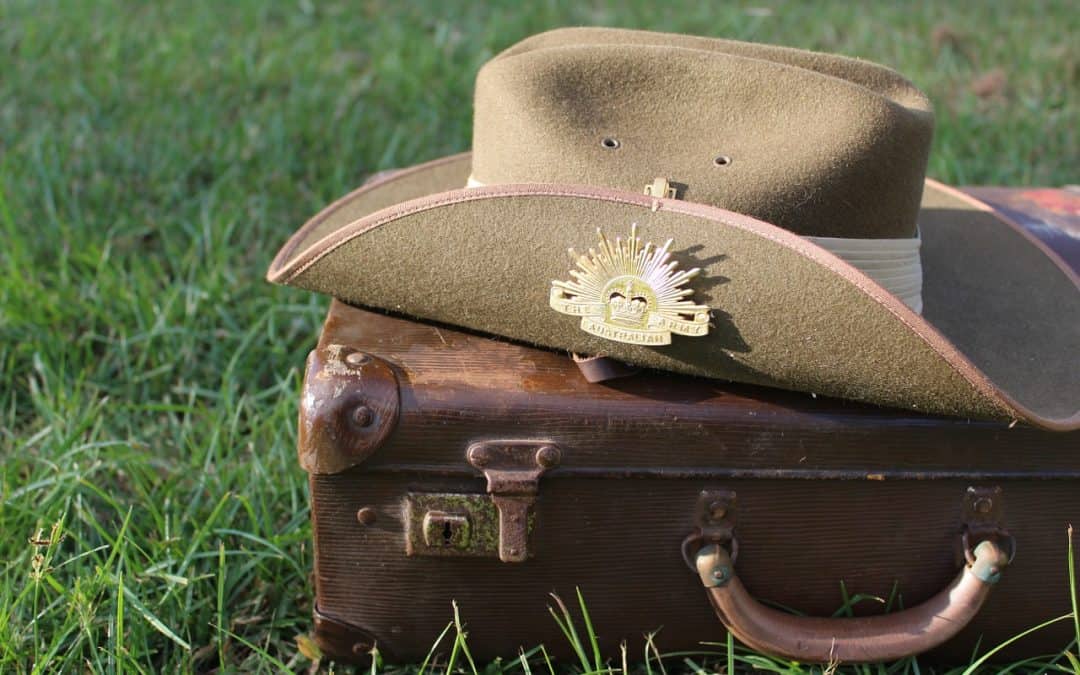 Anzac Day, 25 April. It is one of Australia’s most important national occasions. It marks the anniversary of the first major military action fought by Australian and New Zealand forces during the First World War. ANZAC stands for Australian and New Zealand Army Corps. The soldiers in those forces quickly became known as Anzacs, and the pride they took in that name endures to this day.

A chance meeting with a blast from my past, Peter McCredie (who’s making a name for himself as a writer) put this article into my hands. It has to date only been shared with his network of friends. But this is something that is too good not to share with everyone. His father’s Anzac story shouts at me – This IS Leadership … real leadership by ordinary people who rose to the leadership challenge during difficult times. It exemplified people who unselfishly thought of others before themselves. It represents courage – and courage is one virtue all leaders must have. And most of all, it represents the sacrifice by the men and women, some of whom paid the ultimate price for us.

When I look at the way some people behave today, it saddens me. Today’s world seem to be so much more about “me” than about “we”. It seems to be about what am I entitled to rather than how can I do my part.  John F Kennedy said, “Ask not what your country can do for you, but what you can do for your country.” That is something we all need to remember on this Anzac Day, 25 April 2019 … LEST WE FORGET.

In Captain Ivor Williams’ last entry in his war diary on 5 February 1919, he wrote “Thus my diary ends after relating some of the most enjoyable, interesting, educating and saddest times in my life. One has a clear conscience thought, that he, at least, tried to do a little for those at home we love better than all things on this earth. After nearly 4 years, I now close this diary and enter civilian life a very much wiser man, thanks to the army and to Kaiser Bill and his cobblers. GOODBYE.”

On the week of the invasion in 1942, Japanese fighter planes destroyed airfields and buildings within the city. Hundreds of people were killed and injured in the air strikes. Jim was an Australian Army Sergeant setting up supply camps along the inter-connecting roads. Jim’s girlfriend, Faye, was a nurse at the hospital on the first day of the Japanese attack and she stayed through the bombings to help the injured.

Jim thought that his girlfriend had most likely perished.

They first met before the War when he was having his Harley Davidson motorcycle serviced. Jim’s mate, the mechanic, asked if he’d seen the nurses who lunched at the cafe. He hadn’t and walked up the street while waiting for his Harley to be ready. Jim saw one nurse who he thought was gorgeous and he walked back there over the next few weeks until they were exchanging smiles. After a few conversations with Faye he asked her out. They started going steady. Both ballroom dancers, they would often go to the Palais Theatre where they enjoyed dancing to a live band. With the outbreak of War, Jim joined the Army, received his posting and Faye asked for a transfer to the same location.

In the first wave of attacks, the hospital was bombed with damage to the roof. Jim witnessed the attack from his Army vehicle. He knew there would soon be another wave of bombers back to finish the job so he raced to the hospital to help the doctors and nurses evacuate patients quickly and to find his girlfriend. The sound of the Japanese planes was growing louder but there were two more people left in the hospital. The air raid sirens were wailing but Jim ran back inside.

He was still inside as the bombs began falling and he heard a cry for help. Jim couldn’t believe his eyes when he saw Faye, now the last person in the hospital, trapped by a roof beam that had fallen across her leg. He found a length of wood and used it to leverage the beam away from Faye and they escaped through a side door as the hospital was falling around them. After the War they married and enjoyed life together until 5 years ago when Faye passed away.

He treasures the memories.

Now older, Jim was getting ready for the ANZAC Day march through the city. His family gathered for an early morning cup of tea before the parade. They got Jim talking about memories of he and Faye doing ballroom dancing. Asked about his favourite songs he said, “For ballroom dancing I liked Artie Shaw. We liked a lot of the singers such as Frank Sinatra and Sammy Davis Jr, but we used to look forward to the band playing the Artie Shaw songs and if we were not dancing, then those songs would always get us up on our feet.

He walked to his granddaughter Sharn, smiled and held out his hand to her. “Would you?” he asked. Sharn stood up and Jim started to dance a slow Rhumba with her and he sang,

I’m with you once more under the stars,
And down by the shore an orchestra’s playing
And even the palms seem to be swaying
When they begin the beguine.

To live it again is past all endeavour,
Except when that tune clutches my heart,
And there we are, swearing to love forever,
And promising never, never to part.

What moments divine, what rapture serene,
Till clouds came along to disperse the joys we had tasted,
And now when I hear people curse the chance that was wasted,
I know but too well what they mean;

Oh yes, let them begin the beguine, make them play
Till the stars that were there before return above you,
Till you whisper to me once more,
“Darling, I love you!”
And we suddenly know, what heaven we’re in,
When they begin the beguine.”

Sharn saw his eyes were full of his girl Faye and the memories of them dancing. Her tears started as they danced cheek to cheek but he held her just perfectly and led so that she knew every step to take for him. Her tears now streaming, it was a moment when he could remember the love he had as if she were there in his arms. And with a final twirl and “Thank you”, he brought himself back.

With his medal adorned jacket, chest held proud and the trace of a tear in his eye they headed off to the ANZAC march. The Diggers would march representing the glorious battles fought from World War 2 right through to Iraq and Afghanistan. TThe fearless ANZACS who served their country without question, on this day march with the surviving Diggers from every generation but all march in honour of the Diggers from World War 1. When Jim walks past a newer generation Soldier after the parade, they look into each other’s eyes and recognise that the other has seen warfare.

Upon that recognition, Jim will say, “G’day Digger,” with respect.

They shall not grow old, as we that are left grow old
Age shall not weary them, nor the years condemn
At the going down of the sun and in the morning
We will remember them.